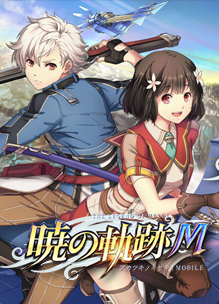 Publisher UserJoy Japan made separate announcements on March 3rd, 2022 outlining plans to shut down the Nintendo Switch and PlayStation releases of The Legend of Heroes: Akatsuki no Kiseki. Switch players had the opportunity to migrate their data to the mobile versions of the game (and consequently up to the current PC version) but PlayStation owners were provided no similar options. UserJoy instead promised to provide some in-game currency and bonus items to PlayStation owners who linked new PC accounts.

The Android, iOS, and PC versions of the game were said to remain online for the foreseeable future. The team’s announcement follows by way of Google Translate:

We would like to express our sincere gratitude to everyone who patronized the Nintendo Switch version of “The Legend of Heroes: Akatsuki no Kiseki Mobile”. Due to the end of the service, sales of various consumable items have ended at 12:00 on March 3 (Thursday).

Refunds: After the service ends, we will refund unused paid bracer coins purchased in Japanese Yen. Please note that free acquisition is not eligible for refund. Details of refund acceptance and procedures will be announced on the official website after the service ends.

Thank you for your patronage and support. We would like to express our sincere gratitude to the entire management team. We hope that you will enjoy “The Legend of Heroes: Akatsuki no Kiseki Mobile” until the end of the Nintendo Switch version, although it will be a short period of time left.

“The Legend of Heroes: Akatsuki no Kiseki Mobile” Management Team

We would like to express our sincere gratitude for your patronage of this product from the official service start on December 26, 2016 (Monday), and at the same time, we could not meet your expectations and the service will end. We deeply apologize to all the development and operation teams. Schedule until the end of the service:

This is the management team for “The Legend of Heroes: Akatsuki no Kiseki”

Although not confirmed in either announcement, the decision to retire the console releases was likely made due to low active player counts and microtransaction purchases.

Thanks to Skyevlyn for submitting this game to the site