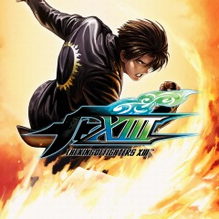 We received a submission to the site on January 23rd, 2018 stating that The King of Fighters XIII had been relisted on PlayStation3 in North America. It is available to download again but the exact date and reason for its return are uncertain. There has been no change to the game’s publisher or description (which still contains the placeholder text “Please Re-enter Text Here”). It is assumed SNK and Atlus worked out a new deal to bring the game back to PlayStation 3.

The King of Fighters XIII was delisted on PlayStation 3 in North America some time after April of 2017. As of that month it was the second most downloaded title on the PlayStation Blog’s Top Downloads list and does not appear on any subsequent list.

As the game was published in North America exclusively by Atlus, it is assumed the delisting is due to changes that arose between Atlus, Sega, and Index Corporation after the game’s digital release. As evidence of this, the game’s PlayStation.com page lists Atlus as the publisher followed by Index Digital Media, Inc. This would also explain why all other digital versions of the game remain available where published by Rising Star Games and SNK Corporation.

Though originally published by Atlus, the North American Xbox 360 version of the game now appears to be published by SNK as well.

“With the triumphant return of fan favorite characters like Mai, K’, and Vice, extensive refinement of the core fighting engine based on community feedback, and vastly improved network functionality, The King of Fighters XIII™ represents the HD entry in the series that fans have been waiting for.“