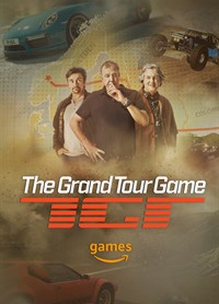 The Grand Tour Game was delisted on PlayStation 4 and Xbox One in late June of 2020. Google Cache archives of both the PlayStation and Xbox store pages show the game was available as late as June 23rd but it was not confirmed to be delisted until July 5th.

It is possible that the game’s delisting had something to do with licensing from W. Chump and Sons Limited, the TV production company behind the series that is owned by Jeremy Clarkson, Richard Hammond, James May, and Andy Wilman. However, as the game was available for only eighteen months it suggests that Amazon chose to delist it for other reasons; perhaps due to low sales and poor reception, but more likely due to a change in direction for their gaming initiatives.

Amazon confirmed layoffs within their gaming division in June of 2019 and revealed that multiple projects had been canceled. It is possible that Amazon has abandoned their standing as a console publisher on both PlayStation and Xbox platforms in order to consolidate resources. As a result, their only published title, The Grand Tour Game, was delisted.

“Ever wish you could get behind the wheel with Clarkson, Hammond, and May from The Grand Tour? Now it’s your turn! One moment you’re watching the hosts attempt some questionable automotive antics… the next you’re at the wheel yourself – same car, same location, same chance to make a massive mess of it.

New episodes of The Grand Tour Game will be released weekly during Season 3of the show, capturing cars, challenges and iconic locations. Now the fun doesn’t have to end when the show’s over—in fact, it’s just beginning.“