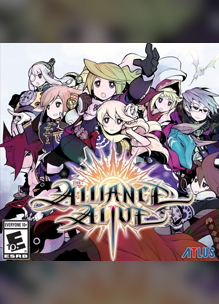 The Alliance Alive was likely delisted from the Nintendo 3DS in Australia and North America leading up to the release of the HD Remastered edition in early October of 2019. However, it may have been delisted later as no mention of the game’s disappearance was found before it was submitted to the site in January of 2021. The delisting is most likely related to Atlus’ publishing deal as The Alliance Alive remains available on 3DS where it was released by other publishers.

The time for resistance has come. The world is about to change yet again…

The makers of The Legend of Legacy bring the classic JRPG back to form in The Alliance Alive, a new adventure that evokes the nostalgia of the JRPG greats by offering huge world-exploration, an intertwining story of 9 protagonists, and well-designed battle mechanics.

One thousand years ago, Daemons invaded the world of Humans. They subjugated Humanity and created the Great Barrier to separate the realms. The world was thrown into upheaval, and the Dark Current was born. Humanity was decimated and now Daemons rule atop a hierarchical society. However, the time for resistance has come. The world is about to change yet again…

A World Like No Other
Built on a sprawling world brimming with numerous secrets to discover, players will need to establish and unite guilds throughout the four realms while battling the Daemons.

Engage in Unique Combat
Use the “Ignition” system, a part of the turn-based combat that allows for deep customization and nuanced gameplay, to reach an enhanced state and deliver devastating Final Strikes.​