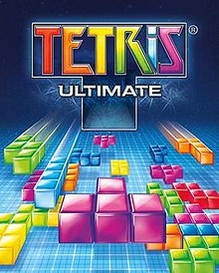 Tetris Ultimate was delisted from Steam on January 31st, 2019 when its price was set to $0.00. On PlayStation 4 it was delisted between the end of the “PlayStation Essentials Sale” on February 5th and February 20th, when it was submitted to the site. The PlayStation Vita, Nintendo 3DS, and Xbox One versions were likely delisted around this same time.

It appears that Ubisoft’s Tetris license that was established in 2014 has expired without renewal. Tetris Ultimate remains available on physical media for PlayStation Vita and Nintendo 3DS. Download codes were available for a time from GameStop, Best Buy, and Newegg, but as of June 2nd, 2019 they were confirmed to no longer be on sale.

“The world’s most-loved puzzle game arrives on next-gen consoles, and is better than ever in Tetris® Ultimate. With six exciting modes, fun new features, and unique visuals, the evolution of this iconic game is the ultimate must-have on next-gen consoles.

In this fast-paced game of skills, you can take on the puzzle game solo, battle a friend, partner up with friends, or make battle teams. Up to four players can get in on the action.“