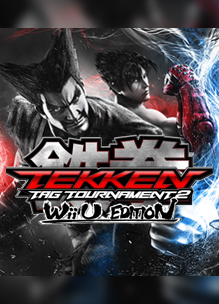 Tekken Tag Tournament 2: Wii U Edition was likely delisted in North America between late 2019 and July of 2020. Its absence was not pointed out to the site until July 18th, 2020. Like many Bandai NAMCO releases, the territorial delisting is perplexing and without official explanation.

It is possibly related to name changes that could impact Namco’s standing as a publisher on Nintendo’s platforms. For some releases they are listed as Bandai NAMCO and for others as NAMCO Bandai. If the company makes a legal name change it could require any games released under the previous title to be republished. Unfortunately, this is all speculation at this time.

Another possibility is expired licensing of the various Nintendo properties featured exclusively in the Wii U Edition of the game, although this does not account for the specific North American delisting.

“The King of Iron Fist Tournament comes to a Nintendo home console for the first time in TEKKEN TAG TOURNAMENT™ 2 Wii U Edition! With a huge roster of fighters, stages and modes, plus exclusive power-ups and costumes, the battle is changed forever!

Choose from over 50 new and returning characters in the biggest roster of fighters that the series has ever seen, each armed with their own incredible attacks and powerful combos. Take on your mates in 2-on-2 or 1-on-1 battles, or liven things up even more by battling the odds in 1-on-2 matches. Use the Wii U GamePad touch screen to execute moves and combos, or take your opponents down with traditional button controls.

A wealth of single- and multiplayer modes keep the fires of battle burning. Enjoy the return of the legendary beach volley battle that is Tekken Ball, pair up for the ultimate team brawl, and put your pugilistic powers to the test in arcade, ghost, time attack and survival modes, among others. Get ready for the next battle by watching replays of past fights and put your new combo ideas to the test in a comprehensive and customisable training mode.

Customise combatants with exclusive costumes inspired by classic Nintendo characters including Mario, Toad, Captain Falcon and more, then dive into the exclusive Mushroom Battle mode where you’ll duke it out while picking up some very familiar-looking power-ups.“

Thanks to @barcecristhian for submitting this game to the site