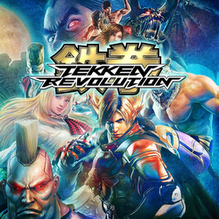 On December 19th, 2016 Bandai Namco announced within the game that Tekken Revolution would be shut down on March 21st, 2017. Beginning January 21st, 2017 the game and all DLC were removed from the PlayStation Store. No explanation was given but lack of revenue from DLC sales and the approaching console release of Tekken 7 are likely the reasons the game was finally shut down.

The full in-game announcement, captured in a photo by Twitter user CensedSonic reads:

“Bandai Namco Entertainment Inc. would like to inform its fans that service and content support for TEKKEN Revolution on the PlayStation 3 will begin to susnet as of January 21, 2017.

BANDAI NAMCO Entertainment is committed to delivering the best gaming and entertainment experiences to our fans around the globe; we would like to thank our fans for their continued support for our games and services.”

“The long-running TEKKEN series continues to revolutionize the fighting game genre by offering the full TEKKEN gameplay experience free-of-charge to the millions of PlayStation 3 system owners connected to the PlayStation Network.

New bone-crushing special moves have been implemented and some command inputs revised to lower the barrier of entry for new players and allow advanced players to employ new strategies.

For the first time in TEKKEN history players will be able to level-up their characters, increasing three key attributes; Strength, Endurance and Vigor, to create a combatant tuned to individual play styles.  Develop a defensive tank character with high HP to withstand knockout blows while offense focused players can create a damage-inflicting character with low health but high critical hit rates to devastate opponents with a flurry of attacks.“

Thanks to an anonymous reader for submitting this information to the site.