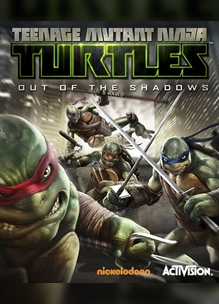 Teenage Mutant Ninja Turtles: Out of the Shadows was delisted on January 4th, 2017 on all platforms, due to the expiration of Activision’s TMNT license.

Teenage Mutant Ninja Turtles: Out of the Shadows takes you back to how it all began. Be the four Turtles Leonardo, Donatello, Michelangelo, and Raphael in the fight to save New York City from mutants, the Foot and Shredder. With seamless drop-in, drop-out co-op, along with team combo moves and relentless combat, this is the game fans have been waiting for.