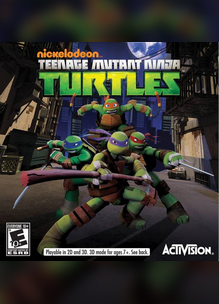 Teenage Mutant Ninja Turtles (2013) was last confirmed available on Xbox 360 on December 15, 2016 and was delisted no later than January 4th, 2017 on all platforms, due to the expiration of Activision’s TMNT license.

Shredder and the Kraang intend to unleash a devastating mutagen bomb that will transform the citizens of New York City into mindless mutants! Join Leonardo, Raphael, Donatello and Michelangelo in the fight for NYC in Teenage Mutant Ninja Turtles the videogame!