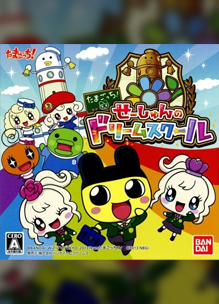 [DeepL Translation] The next “Tamagotchi! is a school life of 100 Tamagotchi and Seishun! You can play a total of 20 mini-games in the “Dream School,” which is also the setting of the anime, in the Robotics, Entertainment, Music and other Dream Classes, as well as in the game’s original Tamagotchi club activity “Tama Club”!

You can also use the camera to take two-shot photos with your Tamagotchi and decorate them! This is a collection of mini-games that allow you to enjoy school life with 100 Tamagotchi.