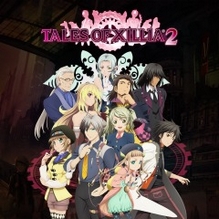 Tales of Xillia 2 was delisted from the Australian and European PlayStation Store for PlayStation 3 no later than August 27th, 2018. This is the earliest date found that questions the game’s availability across Europe. Tales of Symphonia Chronicles (including the individual releases of Tales of Symphonia and ToS: Dawn of the New World) may also have been delisted around this time.

No official announcement was made regarding the delistings, and other titles in the series remain available to download worldwide. The Tales series is wholly owned by Namco leaving these specific territorial delistings a bit of a mystery. Potentially, a licensed song or recording from the games may be to blame but is so far unsubstantiated.

“Every choice can change the future. Tales of Xillia 2 centers around Ludger Kresnik, a young man and a skilled chef who lives in Trigleph city in Elympios with his brother Julius and their cat Rollo. He strives to follow in his brother’s footsteps and work as an agent in the prestigious Spirius Corporation, a large scale and illustrious company that develops technology for every field imaginable.

One day, through a chance encounter, he meets Elle Marta: a young girl travelling alone attempting to reunite with her father at the mythic “Land of Canaan” and ends up accompanying her. His choice to accompany her will send the two on a journey that will change the fate of the two worlds forever.“