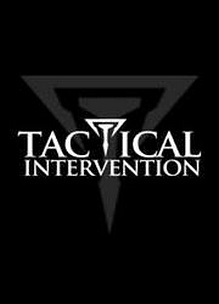 FIX Korea announced on June 3rd, 2013 that Tactical Intervention would be shutting down on June 10th after an underperforming beta period. After separating from publisher OGPlanet, FIX Korea then relaunched the game on PC and Steam in early October of 2013.

After unsuccessful Kickstarter and IndieGoGo campaigns in 2017 to relaunch the game as Tactical Intervention: Reloaded, the team announced that the current version of the game would also be shut down. It was ultimately removed from Steam in early December of 2017. The announcement from October 2nd, 2017 follows:

With great sadness, I must inform you that Tactical Intervention is shutting down. It’s been a wild and crazy ride over the past 8 years. We suspected this was coming, but held out for as long as possible. The past two years haven’t gone as planned. Even with all the many updates our player numbers haven’t bounced back and the game has become unable to sustain itself.

As most of you will know, running the infrastructure for a video game requires a lot of effort – both in terms of manpower, and in terms of finances. While we were always able to find enough support among you guys – designers, admins and community leaders, the lack of revenue has lead us into an impossible situation.

Our surprisingly patient European server hosts eventually saw no other option than shutting down our servers, a blow from which we cannot recover from. That being said: never say never again, and maybe there will be a comeback one day in a different shape; we have never lost our passion for this game and our confidence in its potential.

However, for the time being we can’t see a way out of our own private financial crisis. Again, thanks everyone for having made TI the blast that it’s been – take care wherever you are!

In January of 2018 some of the original team sought to re-launch the game again through a funding program with Brightlocker. This campaign also ended unsuccessfully and FIX Games parted ways with the team. In April of 2020 the remaining members announced that they were converting some Tactical Intervention assets to Unreal Engine 4 for use by fans and creators.

From the brilliant mind of Minh “Gooseman” Le, the co-creator of the seminal team-based FPS Counter-Strike, comes its spiritual successor, Tactical Intervention. Take your role as either terrorist or counter-terrorist and confront opponents in fierce and frantic combat over a variety of high energy maps wielding authentic real world weapons, from the classic P90 to the terrorist favourite, the AK47.

Featuring unique games modes and mechanics not seen in other shooters, Tactical Intervention allows you to experience first person combat from an entirely new perspective. Hijack a car to take part in an intense highway chase; unload your high-powered Gabard shotgun at the VIP while leaning out the window, as your opponents scramble to protect him. Take out the covering helicopter with a well-placed shot from an RPG while you handbrake turn to broadside your target.

Experience the thrill of rappelling down a building, kicking in the plexiglass, hurling a flash bang, grabbing a hostage as a human shield, and dealing some rapid fire death with your Uzi. Use riot shields to defend yourself against enemy forces and then command your vicious German Shepard attack dog to savage terrorists out of line of sight. Dive to cover and lay down suppressing fire with your Aug assault rifle so your teammates can liberate the terrified hostages.

Combining the strategic elements of modern team-based shooters with the pure thrill of the original Counter Strike series, Tactical Intervention brings a whole new level of gaming to the battlefield and lets players feel the true intensity of battle. With a huge variety of weapons, special equips, authentic combat uniforms and paths to victory, Tactical Intervention truly is the next evolution in team-based combat. So grab your P90, slap on a red-dot, twist in a silencer and dive into TI!“