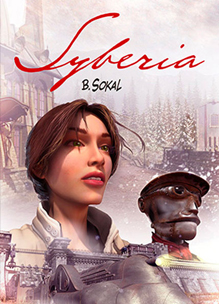 Syberia was delisted on Xbox 360 and Xbox One between December of 2020 and April of 2021. The last Archive.org capture shows that the game was available in early December of 2020 before its absence was pointed out to the site on April 30th, 2021. The cause for the Xbox exclusive delisting appears to be a change in publishing rights between Bandai NAMCO and Microids. As of this writing, Syberia 2 remains available on Xbox platforms and is also published by Bandai NAMCO, though both titles are expected to change hands to Microids in time. It is uncertain if the Xbox 360 version of Syberia will return to sale at that point.

The Syberia Collection (including Syberia and Syberia 2) was offered to PlayStation Plus subscribers in North America between December of 2017 and January of 2018.

“The critically acclaimed adventure jewel from Benoit Sokal arrives on Xbox Live Arcade. Embark on an unforgettable journey into Syberia’s enigmatical universe and explore a bewitching world full of larger than life automatons! Incarnate Kate Walker, in her quest to unveil the mystery around the disappearance of the Voralberg factory’s heir, a formerly glorious company, and experience situations that will put Kate’s lifestyle under question!“