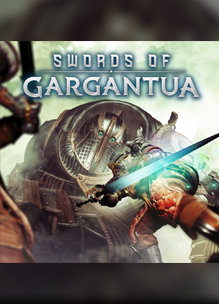 The team at Thirdverse announced on April 14th, 2022 on Twitter that only the PlayStation VR version of Swords of Gargantua would be removed from sale and shut down later in the year. The game was scheduled to be removed from the PlayStation Store on June 30th with the game shutting down entirely on September 30th. The team’s announcement follows:

Although Swords of Gargantua included a single-player mode it required access to a server in order to launch. After September 30th the game became completely unplayable on PlayStation VR.

2 PlayStation®Move Motion Controllers required. Swords of Gargantua is a VR sword-action game you can experience in single-player mode or online co-op with up to 3 other players.

Traverse through the Tesseract Abyss floors with the aim of taking down the giant Gargantua in its deepest layer, Floor 101. Use your weapons and abilities to make your way and conquer the dungeon.

A wide variety of weapons are available to help you in your adventure, including one and two-handed swords, axes, rapiers, maces, throwing knives, boomerangs, shields and much more.

While playing, you can use the native voice chat to communicate with your fellow warriors while taking on the enemies in the Tesseract Abyss.