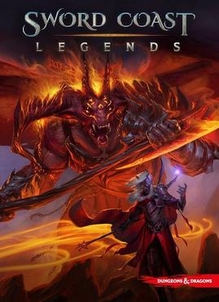 On December 11th, 2017 n-Space announced on the game’s Steam page and Twitter account that Sword Coast Legends would be removed from sale on December 31st. The post explained that the Dungeons & Dragons publishing contract had ended, requiring the game to be taken off of sale.

“As of 10 a.m. ET, July 25, our multiplayer servers for the game will be taken offline and all stored player data will be deleted. If you own the game in your Steam library, you will still have access to any offline content including the single player campaign. Thank you for playing and supporting Sword Coast Legends.” – May 25th Steam Announcement

The PlayStation 4 and Xbox One versions most likely followed the same timeline; being removed from sale at the end of 2017 and having their servers shut down in July of 2018. As stated, the game’s offline content and single player campaign remain accessible to those who had already purchased the game.

“Set in the lush and vibrant world of the Forgotten Realms, Sword Coast Legends offers an all-new way to enjoy the time-tested magic of playing Dungeons & Dragons as a shared storytelling experience.

Bringing the roleplaying dynamic between players and Dungeon Masters to life with DM Mode, a real-time experience in which Dungeon Masters guide players through unique customizable adventures.“