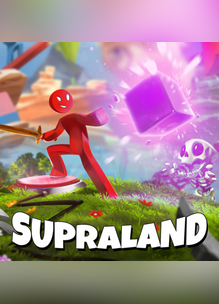 Supraland was delisted from GOG.com on June 12th, 2020 at the request of the game’s developer and publisher, Supra Games. The game’s removal was announced by the GOG.com team on June 9th. A few weeks before this, developer DavidM commented on the GOG.com release on the Steam Community forums:

Going onto GOG I expected maybe something like 10% of Steam, but it’s more like 1%. Same with releasing a Linux version. It’s all worth so little for us that it’s rather annoying to have to do the extra work all the time and carry that weight around. I wouldn’t do it again.

Shortly after the June 9th announcement on GOG.com DavidM posted another explanation, this time on the GOG.com forums:

I’m sorry to do this, but the sale numbers on GOG don’t justify the work going into keeping the gog version of the game up to date and make the upcoming DLC work here. I don’t want GOG users to have a worse version, so the right decision is to take it down, becuase parity can’t be guaranteed.

Everyone who bought it here and wants the DLC or newer versions can get a Steam key from me by emailing me the Supraland receipt from GOG. And no: there is no DRM on Steam.

“Supraland is a First-Person Metroidvania Puzzle game. The main sources of inspiration are Zelda, Metroid and Portal.Supraland assumes that you are intelligent and lets you play independently. The story is minimal, gives you an overarching goal to pursue, and then sets you free. Playtime: ~15-30h“