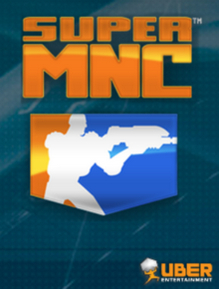 Uber Entertainment announced on April 26th, 2018 that Super Monday Night Combat had been removed from sale and that its online servers would be shut down on May 23rd, 2018. The announcement explained that the European Union’s upcoming privacy regulations were the cause behind the game’s termination. The full announcement follows:

We want to thank all of you for your support of Super Monday Night Combat. Your passion is what made this game a pleasure to work on.

However, due to the upcoming European Union General Data Protection Regulation (GDPR) deadline which is May 24th, we are sad to announce that we will be shutting down SMNC on that day. The game will remain active through May 23rd, 2018. Once our servers have been taken down, you will no longer be able to play SMNC in any game mode, so please make sure to get those matches in while you can.

As a special thank you to everyone that is still playing, from now until May 22nd, 2018, we will be giving you a gift of $10,000 of in-game currency. In order to get this, please contact our support team by emailing [email protected] or opening a ticket at http://support.uberent.com/ and be sure to include your ubernet login name. The support team will respond to your request as soon as possible.

Once again, thank you for your continued support and passion and we look forward to seeing you all again in our other games.

In speaking to Polygon, Uber explained that the legacy netcode that powered Super Monday Night Combat would need to be completely rewritten to comply with the GDPR. An alternative would be to port the game to Microsoft’s PlayFab platform but with a playerbase that hadn’t topped 200 daily players in years, the studio’s budget would not support it.

What is Super Monday Night Combat?
Super Monday Night Combat is a free to play, strategic, multiplayer shooter… and the most popular lethal sport of the future! It blends intense tactical combat, a deep metagame, an ever-expanding roster of Pros, and an ever-growing amount of customizations. Why fight in bombed out cities or desert wastelands when you can have every kill streak judged by hilarious sportscasters and cheering, or jeering, fans?

Free to Play
Super Monday Night Combat is free to play! Players can choose from a rotation of free Pros to play every week and have a chance of winning most customizations and gameplay improvements from our Post-Game Prize system!

The Rules Have Changed
Super Monday Night Combat has increased the roster of Pros, the strategic depth of gameplay, the customization options and the amount of metagame over it’s predecessor. On top of all that, the rules will continue to change! Super Monday Night Combat is updated every week with balance and gameplay improvements, and new content such as Pros, uniforms, taunts, weapons, game modes, and maps!

Playable Pros
Each Pro comes with its own unique look, voice, taunts, uniforms, weapons and skills. Pros are broken up into Commandos, Defenders, Enforcers, Strikers, and Sharpshooters so you’ll have multiple to choose from to fit your play style!

Customization
Customize how you look with mix and match Pro uniform pieces, different weapons, and taunts. Then customize how you play by unlocking and setting up endorsements and products.