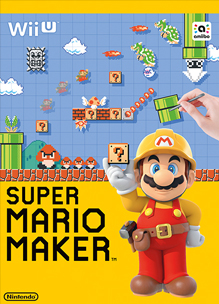 Super Mario Maker for Nintendo Wii U was delisted in North America on January 12th, 2021 and in Australia, Europe and Japan on January 13th. Nintendo announced the delisting on November 25th, 2020 and also confirmed that the ability to upload new courses would be retired on March 31st, 2021. The discontinuation of service extended to the Super Mario Maker Bookmark site which loses all functionality on March 31st including the ability to update rankings and view bookmarked courses. For the foreseeable future the ability to browse and download previously uploaded courses remains unchanged. Nintendo America’s full announcement follows:

Services that will end:

Due to this, the following features within the software’s Course World will also become unavailable:

– Updating the ranking of liked courses
– Looking up your bookmarked courses

An error message will be displayed when trying to access these discontinued services after their end date. It will still be possible to play courses that were uploaded before the course upload feature was discontinued, and to redownload the game after its removal from Nintendo eShop. There will be no impact on the Super Mario Maker 2 game for the Nintendo Switch system. We would like to thank all players for supporting Super Mario Maker on Wii U over the past five years.

Nintendo pointed out elsewhere that Super Mario Maker for Nintendo 3DS would not be delisted as it does not support the uploading of courses.

The Mario experience of your dreams has arrived and is bursting with creativity… including yours! Play a near-limitless number of intensely creative Super Mario levels from players around the world. It’s easy enough to create your own levels with the Wii U GamePad controller that it may feel like you’re simply sketching out your ideas on paper, but you can now bring enemies and objects into a playable course in ways you could only dream of before. What was impossible in traditional Mario games is now impossibly fun, so let your imagination run wild!