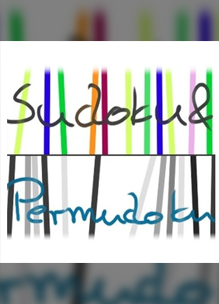 Both North American releases from Diplodocus Games on the Wii U were delisted in August of 2020. These include Regina & Mac and Sudoku and Permudoku. The studio announced the upcoming delistings in a pair of tweets posted on July 21st, 2020.

Unfortunately, our games will be removed from America’s Wii U eShop in August. This also means that we cannot publish the planned update for Regina & Mac for American Wii U owners. As a little apology and thank you for your support, all Regina & Mac owners in America can download our first game, Sudoku & Permudoku free of charge starting from 28th July 9AM PDT. We will continue to work on games, but not for the American Wii U eShop.

Although unsubstantiated, our site has heard from small Wii U studios over the years that Nintendo of America has refused to renew certain developer/publisher licenses for the platform. Diplodocus’ statement doesn’t confirm this but their wording implies that the delistings were not their choice. As further evidence, both titles remain available on the Australian and European Wii U eShop as of this writing. Dipoldocus has gone on to release updated versions of most of their titles on the Nintendo Switch in North America.

Sudoku & Permudoku is a puzzle game that offers two distinct styles of logic puzzles. In the Sudoku mode, the player is tasked with filling out a 9×9 field with numbers from 1 to 9. Each row, each column and each 3×3 sub-field must contain exactly one occurrence of each of the numbers 1 to 9.

Permudoku is a variation of the classic Sudoku puzzle, where colours are used instead of numbers. At the start of each puzzle, all fields are already coloured – the player’s task is to swap fields around until the colours are distributed correctly.

Both game modes include five different degrees of difficulty, each with 100 puzzles, for a total of 1,000 puzzles.