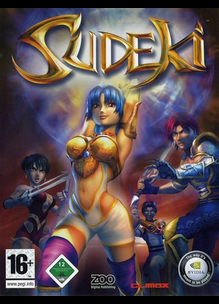 Sudeki was delisted from GOG.com on May 28th, 2020. Its removal was announced earlier the same day on the GOG.com forums:

“We’d like to inform you that Sudeki will be delisted from our catalog tomorrow, May 28th, 10am UTC. For everyone who purchased it prior to delisting, the game will remain in their GOG library.”

Sudeki was likely delisted after the expiration of Climax’s publishing deal with GOG.com. Climax Group does not appear to be dormant but their production has dropped significantly over the last few years. It’s possible that the terms of their agreement with GOG.com could be renewed and the game returned to sale in the future. However, it is also possible that Climax is winding down operations and the game could be delisted from Steam as well.

“Sudeki, a world torn apart into light, shadow and dark. Rent asunder by deceit and betrayal, the land cries out for a peace that only four united heroes can bring.

Beyond the protective walls of Illumina Castle lie miles of pastoral, rolling countryside, though once a serene landscape, the Aklorian forces have transformed the countryside into a charred battlefield. Simply passing through the region is unsafe, as travellers must be ever alert for ambushes.

Four friends have joined together to aid their queen. Though destined to encounter ancient gods, primordial wonders, and marvellous inventions, foes and betrayal haunt their every step. A keen eye could prove vital, exposing essential clues. And as the companions make their way through darkness and light, they’ll discover that those two extremes have more in common than they once imagined…“