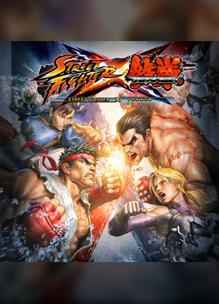 Capcom announced on November 8th, 2021 that they had temporarily removed Street Fighter X Tekken from sale on Steam stating that, “we are aware of an issue that some customers may be experiencing during game installation which is related to Games for Windows LIVE. We are temporarily disabling the purchase option on Steam while we investigate the matter further. We will keep you informed of the progress of the investigation. Thank you for your patience”.

No updates have been shared as of December 31st, 2021. As of this writing codes can still be purchased for the Steam version of the game through the Humble Store but installing and launching the game may be problematic.

The long awaited dream match-up between the two titans of fighting is here! Street Fighter® X Tekken® is the ultimate tag team fighting game, featuring one of the most expansive rosters of iconic fighters in fighting game history. The critically acclaimed Street Fighter® IV game engine has been refined with new features including simultaneous 4-player fighting, a power-up Gem system, Pandora Mode, Cross Assault and more. Street Fighter and Tekken players alike will cross the line in this revolutionary battle!

Thanks to Shreeder4092 for submitting this game to the site