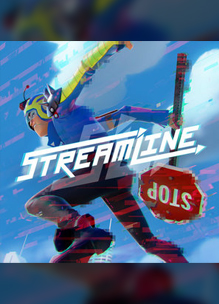 Seth from Proletariat Inc announced on April 13th, 2018 that Streamline would be shutting down in just two week’s time, on April 26th. Despite the announced dates, the game reportedly remained functional until May 22nd, 2018 when it was also removed from sale on Steam. The team’s full announcement follows:

We’ve made the difficult decision to retire Streamline.

The game was a radical experiment. We saw the amazing communities springing up all over Twitch and wondered why no developer had made a game specifically for them. The goal of Streamline and Streamote was to make the ultimate live stream game. That meant deep integration into Twitch to make it easy for broadcasters and viewers to play together, game modes that were exciting to watch, and interactivity for viewers to be part of the game. I think we accomplished all of those things. To hit that level of innovation, our small team needed to pull focus from other areas of the game. If we could do it all over again, I think we would put more focus into team multiplayer game modes, a more relatable theme, better communication of the narrative, and deeper combat.

We also fell short on distribution. Our strategy was to get the broadcaster community excited about a game they could play with their viewers and guide that momentum toward a successful full release. In reality, the audience that would play this sort of experience is small, and while broadcasters did love the game, it was not something they could play every single stream. Our messaging around the game made the industry at large think of the game as a streaming only experience, which was a tough sell on Steam. While we love the community that has grown around Streamline, it is simply not big enough to sustain the game.

Thank you to all the early access players and everyone who played, streamed, and joined us for our community play days—you all made this an incredible experience. Proletariat has another innovative, multiplayer game in the works, and we’re looking forward to sharing that with you very soon.

P.S., We will be doing a final community play day on Twitch (streamote.tv/proletariat_inc) on Thursday, April 19 from 5-7pm ET (possibly longer). We’d love for you to join us for one last session together! Servers will be shut off the following week on April 26.

Welcome to Streamline, a fast-paced, third person game built for and around streaming. Take on the role of Broadcaster, Player, or Viewer and change the way the game itself is played!

Stream First
Streamline has been designed and built from the ground up to be perfect for streaming. Broadcasters can easily make parties to play with their communities while stream viewers can bet on players, change the rules of the game in real-time, compete in mini-games, and more to become (in)famous on the stream, all by using Streamote.tv, a unique website integrated on desktop, mobile, or tablet. Streamline is the perfect game for Sub Sundays, Follower Fridays , or just playing together with your friends.

Elimination Mode
Throughout Early Access, Proletariat is developing multiple game modes for Streamline, each featuring one or more broadcasters, up to 16 Players, and tens, or even hundreds of, thousands of Viewers. In the first mode, ‘Elimination’, players free-run around the maps, gather points, and avoid the competition. The Hunter tracks down the Runners and eliminates them from play while streaming to the Viewers. Viewers can bet on the best Runner to win big, change the rules of the game in real-time, and play mini-games like Bingo. Give your Runner an edge by turning the floor into lava or bringing them back from the dead or help the Hunter by restricting the Runners’ movements or making them explode if they touch each other!

The Story So Far
Set in the near future, Streamline pits Runners vs. Hunters in a new sport enhanced by augmented reality and physical skills. After growing tired of mainstream sports with their limited mechanics, overblown sponsorships, and corporate greed, the Streamline Pro League was formed. Taking advantage of their dilapidated surroundings, players in the SPL run, jump, and fly through abandoned shipyards, vacant schoolyards, and crumbling skyscrapers while live streaming all of it to their adoring fans. Runners want to gather up as many points as they can while avoiding the Hunter. If they’re eliminated, they become Ghosts who stay in the game to haunt or help other players.

Thanks to Narulian for submitting this game to the site