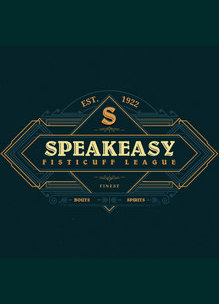 Speakeasy was likely delisted on the PlayStation 4 in February of 2015 after it was featured in a January Flash Sale. However, October 9th, 2015 is the first mention we found of the game’s removal, pointed out by a Limited Run staff member in a reply on NeoGAF. The post mentions only that the game was delisted due to a lawsuit.

According to another source who worked with publisher Gun Media on two other titles, Speakeasy had been available for “about a week” before a legal notice was brought to bear by the estate of Amelia Earhart over a character likeness in the game. The legal proceedings likely took some time to reach a verdict which is why developer Super Soul continued posting, promoting and mentioning Speakeasy on social media through mid-February of 2015.

Archive.org shows that the game’s homepage was last available on February 21st, 2015. By the next capture on May 11th, 2015 the site was offline and redirected to Super Soul’s homepage. Although not disclosed to the public, the outcome of the lawsuit presumably resulted in Speakeasy being delisted while its below average reception didn’t inspire Super Soul or Gun Media to counter the verdict or change the game to accommodate it.

Over the years some have mentioned that Speakeasy does not appear in their purchase history but commenter CthulhuSaves confirmed in October of 2020 that they were able to find and re-download the game.

“Heavily inspired by Rock-Paper-Scissors, Speakeasy is a local-multiplayer only fighting game that combines rapid action with intense strategy. Set in the bombastic and visually stunning 1920’s Roaring America, Speakeasy will be the center of any party thanks to a simple three-button control scheme that tests the nerves and patience of gamers with all skill levels!“

Thanks to Tapejarafor submitting this game to the site.