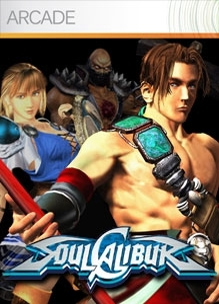 SoulCalibur on Xbox 360 appears to have initially been delisted in 2021 across European territories. Wayback Machine captures show that the game was last confirmed available in that region on November 12, 2020 and was removed by May 2021. By February 19th, 2022 TrueAchievements.com had flagged the game as delisted in their system and their forums for the game had been silent for years.

The game was then confirmed to have been delisted by February 14th, 2022 in North America and around this same date in Japan. At least one report on Twitter mentioned that the game was even unable to be re-downloaded through Purchase History. At the time of this original post, others had reported to us that download codes purchased online resulted in errors.

Months later on July 14th, lead engineer at Xbox, Eden Marie, tweeted that a backend issue had been resolved and that codes for the game could once again be redeemed. Lingering problems for Canadian and possibly Mexican players were also resolved later in the day.

Hey all, I’m told a backend configuration issue is fixed and any previously purchased digital tokens for the first Soulcalibur game can now be redeemed. Like all 360 tokens, they’ll have to be redeemed on a console (360, One, or Series X|S), but let me know if this works for you!

The cause for the delisting is uncertain. Possibilities include changes to Namco’s corporate structure over the years and across the regions. Some older releases are credited simply to ‘Namco’ where newer titles read ‘Namco Bandai Games’, neither of which represent the current entity of ‘Bandai NAMCO’. The split between the American and European divisions may also explain how we end up with a game delisted in some regions but not others, or delistings that are a year or more apart. And if the cause isn’t technical or corporate in nature, the delisting may have been made ahead of an as-yet-unannounced re-release of the game.

Fighting game perfection in now back in your hands, this time to the Xbox 360! Play as one of the 19 characters on a mission to acquire the Soul Edge! Do you have what it takes? Now on Xbox Live Arcade, SOULCALIBUR is completely reworked with HDTV support, Leaderboards and of course challenging Achievements.