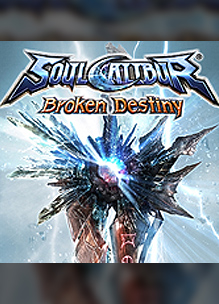 SoulCalibur: Broken Destiny was delisted on PlayStation Portable in Australia, Europe, and Japan no later than October of 2020 based on our recordings of the PlayStation Store at the time. The game’s website in the UK was handled by publisher Ubisoft and was last confirmed to be online in June of 2019. The game may have been delisted between this date and October of 2020.

Exclusively in North America, the game was available to PlayStation Plus subscribers between April and June of 2013.

Battle as one of many returning Soul Calibur favorites, each enhanced with tuned balancing, new moves and animations. Play the dedicated single player game mode: Trials, developed exclusively for this Soul Calibur outing and evolved versions of classic game modes like The Gauntlet and Versus. Blow away your competition using finely tuned and enhanced battle mechanics including critical finishes, Soul Crushes and equipment destruction and unleash devastating combos. And don’t forget, you can play as Kratos!