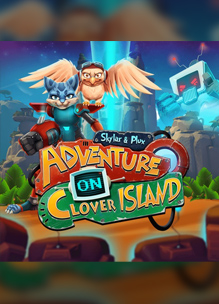 Skylar & Plux: Adventure On Clover was first delisted around June 18th, 2021 on PlayStation 4 and Xbox One. Publisher Grip Digital next removed the game from Steam on August 3rd, 2021 after posting a brief advanced notice. On the same day GOG.com announced that Skylar & Plux would be removed from their storefront the following day, Wednesday, August 4th.

Equally as surprised as anyone else, the team at Right Nice Games had been seeking an explanation from Grip Digital since the game disappeared on consoles in June. After the delisting on Steam, Dennis Löfgren from Right Nice Games replied with the following comment:

Hey everybody. I’m Dennis Löfgren, game designer at Right Nice Games (the developers of Skylar and Plux). We were unaware of this takedown as well as the takedowns on PS and Xbox. We’re trying to get in touch with Grip Digital (the publisher) and see if there is anyway we can get the game back up and available for purchase. In the meantime, keep an eye out on our Twitter @RightNiceGames.

Grip Games is clearly the cause behind the delistings and may be related to their “crucial change in […] structures and business vision” that the publisher quietly tweeted about in July of 2020. This resulted in several delistings of their console titles between September and October of 2020. As of this writing it is unclear if Skylar & Plux will return to sale, currently making it an Extinct title.

Passionate homage to the 3D platformers of our youth. Go on an action packed adventure, collect gadgets helping you explore a beautiful paradise and save it from destruction. It’s up to Skylar Lynxe, our nimble and courageous heroine, and Plux Owlsley, the trusty sidekick, to prevent the villainous CRT from conquering their newfound home and turning it into a wasteland.

Traverse the tropical beaches, volcanic caverns, snowy mountain tops, and merciless desert of Clover Island. Fight an army of CRT’s minions, and find powerful upgrades expanding your abilities. Explore the island with the freedom-boosting Jetpack, and uncover its mysterious past with the puzzling Time Orb.