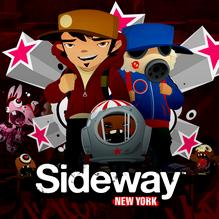 Sideway: New York was delisted from the PlayStation 3 some time between June of 2016 and March of 2017. We last confirmed that the game was available in June 2016 and found the earliest mention of its disappearance in March of 2017.

The game was published on PlayStation 3 by Sony Online Entertainment which separated from Sony in 2015 and reformed under new ownership as Daybreak Game Company. Several SOE titles were delisted around this time but Sideway, along with others, was not among them. As of this writing, Sideway: New York remains available on Steam as published and developed by Playbrains, despite their online presence going silent as early as 2017.

The fact that Sideway: New York was only delisted on PlayStation 3 suggests that the cause was the change from Sony Online Entertainment into Daybreak Game Company. It is equally possible that Daybreak sought to keep the game available but removed it without developer support, or that they removed it because it was not profitable enough to justify keeping online.

“Battle your way through a twisted graffiti world where your prowess in puzzle solving makes the difference between life and death! Jump into one of the most unique and visually compelling 3D game worlds ever created. Follow the twisted journey of Nox, through a fast-paced 2D adventure set in a 3D world. Unlock new abilities to defeat enemies and rescue friends. Beware, in Sideway™ New York, you’re in a world where your favorite color might just kill you!“