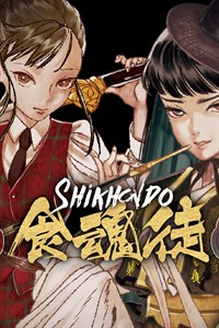 Shikhondo: Soul Eater was delisted on PlayStation 4 in Europe in late May of 2019 according to forum posts on PSNProfiles. The Australian release on PlayStation 4 and Xbox One was presumably delisted around this same time.

Peculiarly, in Australia, the game has remained available on Xbox One in one of Digerati’s bundles but not individually. The game’s relisting on PlayStation 4 was first spotted on July 19th, 2019 but it may have returned as early as June. As the game is available in all territories but only on specific platforms, the delistings seem to have been tied to regional rating boards or platform-specific certification issues.

“Shikhondo – Soul Eater is a Korean bullet-hell shoot ‘em up set within a beautiful and bizarre world of Asian mythology.

Armies of demons known as yokai have escaped from Limbo. They are spreading like a plague across the land, sowing fear and stealing souls. You must destroy the pestilent invaders and free the captured souls from eternal torment. Includes Arcade, Hardcore and Local Co-op modes.“