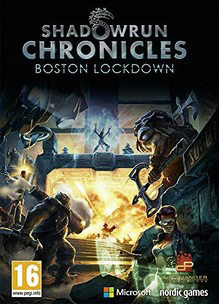 Shadowrun Chronicles: Boston Lockdown and Shadowrun Chronicles: INFECTED were removed from sale on Steam on October 18th, 2018 when their price was set to $0.00. Days prior, developer Primetide posted the following farewell announcement on each game’s Steam Community forums:

it is with great sadness, that we have to announce the servers for SR:C will have to be closed by end of November and the game will cease to exist. Our license for the title has run its course and with no money to show for the game, Microsoft has not exactly been jumping at the chance to renew it. On top, the persistent ransomware attacks on our servers have becomne too much work to fend off in order to operate the game, which has barely been covering the server cost for some time.

It has been an honour and a privilege to work on Shadowrun and with the people in the community, who have honestly been one of the best things about SR throughout the years. I want to thank Crunch personally for sticking around and being a great pillar of the community, but of course there are a number of others who deserve a mention – Emelt, SevenBLueSeven, SmileyCyrus, Rentier and all of the great volunteers who helped with the last patch and worked on making things more interesting.

Working on SR has been a dream come true (and a nightmare with the botched launch) and though it may not have been a great success, the game was a labor of love for me. Leaving some small legacy in the form of the Boston Lockdown becoming part of the rich history of SR (of course the plot would have been nothing without Scott Schletz working his ass off to make it into the great Camapign book) still makes me proud.

This will also conclude my decade at Cliffhanger and trying to make decent games with integrity and woking on things I love. It has been a wild ride…and the best of it has been getting know the people in our community through the years.

I will continue to make games (actually one is coming up for next year I can’t talk about yet) and I also operate a small board game venture with Underground Games [www.undergroundgames.de], which is about to release the Jagged Alliance Board Game, which you can order exclusively from our site.

I will miss all of you, so I will stick around the forums and you can always reach out.

See you in the Shadows, primetide

After the game’s termination, Primetide once again took to the Steam forums on November 30th to announce that the game was being backed up and stored for a potential return in one form or another. The plan was for the Museum of Art and Digital Entertainment (themade.org) in Oakland, California to maintain servers for the game, given some fairly steep stipulations.

Primetide has since provided further updates in reply to the original post. In May 2019 he confirmed that Microsoft was not opposed to the plan to move server hosting to the MADE organization. Throughout 2019 he reiterated that the review process was ongoing and that progress was largely out of his hands. In 2020 the MADE organization did some work on reviving the game and began searching for developers to help with the project. However, the coronavirus pandemic forced the organization to draw down efforts and seek continued funding to stay operational.

Lead your team of Runners to survive a corrupt megacorporation’s intrigue threatening thousands of lives in this new action-strategy game set in the most popular cyberpunk universe of all times – Shadowrun. Blending X-Com style gameplay with RPG elements in the unique Shadowrun setting and adding an extensive single- and co-op campaign, Shadowrun Chronicles offers the next generation of tactical turn based action games.

Entrapped in a city plagued by a deadly virus, assaulted by the minions of a megacorporation, attacked by infected and with a dragon on a rampage through the city you have to unearth the secret conspiracy that connects it all.

As the leader of your team of Shadowrunners, you will have to use magic, technology and every weapon available to you, to save the lives of thousands in a city at the brink of extinction. Grow you character, plan your missions and control your team in combat or play live co-op with other players to overcome the challenges ahead of you. Meet your fellow runners in the Back Alley or hire henchmen to help you succeed.

Set in the dystopian near future of our world, where magic has awakened and blends with technology, creatures of myth and legend have returned. Elves, Dwarves, Orks and Trolls walk among the neon-lit streets, while the matrix connects everyone and everything as the corporate towers cast their long shadows across the globe. You are a Shadowrunner – a secret operative on the edge of society, hired for the jobs no one wants to be connected with. A cyberpunk rebel surviving by skill and instinct in the shadows of the corporate towers!

Welcome to the dark side of the future, chummer. It’s going to be a hell of a ride.

Thanks to @jamesofthewired for submitting this game to the site