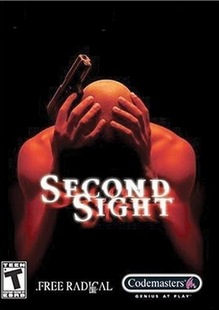 Second Sight was relisted on Steam on April 8th, 2021 and is now published by THQ Nordic. This is not an updated release, simply a relisting of the existing digital version of the game originally published by Codemasters.

Second Sight was delisted on GOG.com on September 26th, 2012 and on Steam around the same time. On Steam it was last confirmed available on August 31st, 2012. In the GOG.com forum post, GOG Team Member G-Doc stated “ some legal issues have arisen with Second Sight. This has caused some of the other retailers to already remove the game from their offer. We’re investigating this matter now, but it is likely that tomorrow we’ll have to take down the sales page for Second Sight as well”.

These “legal issues” were never publicly addressed by Codemasters or Free Radical Design but could have arisen after the studio was acquired by Crytek in February of 2009. Nearly a decade later, in August of 2018, THQ Nordic announced it had acquired Free Radical’s TimeSplitters and Second Sight properties from CryTek and were planning to release new “products” through the Deep Silver label.

When John Vattic wakes in a secure medical facility, he realizes something is terribly wrong. Stolen from his mind are his recent memories. Left in their place is an incredible power that threatens to tear his psyche apart.

Bits and pieces of what he remembers aren’t pretty: a spec ops mission gone wrong, capture, bizarre brain experimentation. He also knows he possesses unimaginable powers. Paranormal, psionic powers. Armed with these abilities, Vattic must unravel the truth of his past and destroy the military conspiracy moving in against him.

It’s an intense psychological journey as the past plays into the hands of the future in a mind blowing mix of stealth, gun play and devastating psychic power.

Thanks to Sky for submitting this information to the site