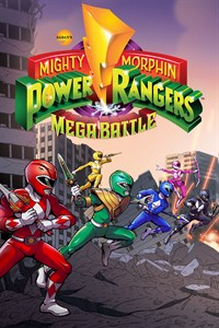 Saban’s Mighty Morphin Power Rangers: Mega Battle was delisted on PlayStation 4 and Xbox One between March 17th and June 1st, 2019. The game was likely delisted due to expired licensing as it was released before Hasbro acquired the Power Rangers property from Saban in May of 2018. It is also possible that the game’s generally negative response added to Bandai NAMCO’s decision to remove it from sale rather than pursue re-licensing.

Download codes were previously available for Xbox One from Amazon, GameStop, and Best Buy but have since been removed, making this game Extinct.

Thanks to Michael Huniu for submitting this game to the site