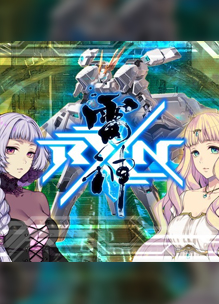 Twitter user @Naetoru60 pointed out on June 10th, 2021 that RXN: Raijin was no longer available on the Japanese eShop for Nintendo Switch. In a reply a few hours later they also confirmed that it had been removed in North America. By June 11th we confirmed that it was also delisted from the European eShop. RXN was KAYAC’s only console release while Gulti has several games still available on other platforms as of this writing. This suggests that the delisting was due to KAYAC no longer being an authorized Nintendo publisher or ceasing business operations entirely.

A limited edition physical release of the game was published by EastAsiaSoft for the Asian market in 2018 but is fairly hard to find.

The project commemorates Gulti’s 10th anniversary, and the team has delivered a title that emphasizes the fundamentals of the shmup genre – shoot, dodge, destroy. The vertically-scrolling shooter utilizes the entire width of the 16:9 field, resulting in challenging, strategy-testing gameplay. Enjoy the story elements of the game, featuring a star-studded cast of voice actors.

Thanks to Andy Marti for submitting this game to the site