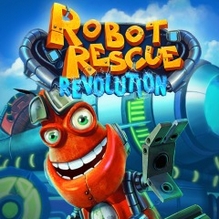 Robot Rescue Revolution was presumably delisted from the PlayStation 3 in North America and Japan in June of 2015. According to Archive.org captures, the game was removed from Teyon’s website between June 25th and June 28th. The game remains available on Steam and on PlayStation 3 in Australia and Europe.

Put your creative flair into practice and design your own puzzling maps, sharing them with the online Robot Rescue community. Tackle the puzzles on your own or team up with a buddy in co-op mode! And if you are feeling a little competitive, then battle it out in Two Player split screen competitive mode! Unravel countless levels of challenging robotic fun in this unique and quirky puzzler!“