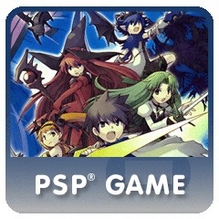 Riviera: The Promised Land was delisted from the North American PlayStation Store for PlayStation Portable and Vita no earlier than March 21st, 2019. This is the latest date that a Google Cache archive shows the title available and alongside two other Sting developed RPGs published by Atlus. An anonymous source who submitted the game to the site added the following detail:

“I noticed three PSP games developed by Sting Entertainment and published by Atlus were delisted very recently. I emailed Atlus and got the following response: ‘I can’t get into the details of this, but it was intentional. There is always a chance that the games will return, but if they were taken down for a reason, those chances aren’t very good.'”

Although vague, it does seem to imply that Atlus is behind the delisting and not Sting or even Sony. Like other delisted titles from Atlus, the removal could be due to corporate changes between Atlus, Atlus USA, and/or Sega.

The reason for the delisting is uncertain and could be due to several corporate changes including restructuring between Atlus and Atlus USA, or developer Kylotonn’s acquisition by Bigben Interactive. The game remains available on physical media.

“Long ago, a war between gods and demons—Ragnarok—erupted, and the world was thrown into a state of chaos. Now, with the impending return of the demons to a land unable to withstand them, the Seven Magi make the fateful decision to actuate the Retribution, a cataclysmic event which will destroy both Riviera and the demons. Over 30 hours of intense RPG gameplay await, with hidden secrets and multiple endings. Exquisite hand-drawn graphics and a full voiced story deliver the wonder and excitement of this RPG classic.“