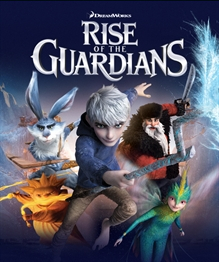 The Xbox 360 Games on Demand version of Rise of the Guardians: The Video Game was delisted between December 8th, 2015 and January 10th, 2016. The digital Wii U and PlayStation 3 versions were presumably delisted around this time as well.

The timing puts the delisting around the typical three-year mark for a licensing deal. The game was presumably delisted as D3 Publisher chose not to renew the deal.

Rise of the Guardians: The Video Game remains available on physical media for Nintendo DS & 3DS, Nintendo Wii & Wii U, PlayStation 3, and Xbox 360.

“Let your imagination soar in Rise of the Guardians: The Video Game as you play as one of the classic childhood legends, including: North (aka Santa Claus), Tooth (aka the Tooth Fairy), Bunnymund (aka the Easter Bunny), Sandman, and Jack Frost. In this action-packed adventure game, each Guardian has their own set of upgradable and extraordinary abilities that will help you take on the evil spirit Pitch and his infectious nightmares. Work together with your team of Guardians to protect the hopes and imaginations of children all over the world!“