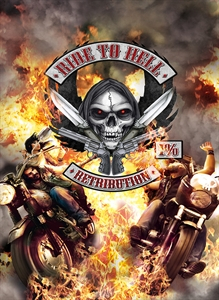 Ride to Hell: Retribution was delisted from Steam on September 18th, 2014. It was presumably delisted from PlayStation 3 around this same time. The delisting looks to be caused by Eutechnyx’s move away from gaming in 2014. Given performance issues with the game it may have been removed as no team remained to support it.

With their historic focus on racing simulations, Eutechnyx may also have chosen to remove the game to distance themselves from its negative public reception. For example, the studio never mentioned the game directly on their social media accounts or homepage.

It’s time for revenge! Jake Conway has just returned home from Vietnam when his younger brother is brutally murdered by a rival biker gang called “The Devil’s Hand”. Set in the outlaw era of America’s Sixties, Jake takes on anyone or anything standing in the way of his bloody revenge fest – on bike, on foot and on fire. Join the Retribution!