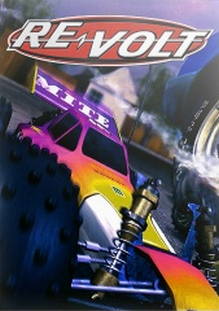 Re-Volt was delisted from GOG.com on January 14th, 2014 at the request of the game’s fan community. Previous to this, the Korean publisher WeGo Interactive had acquired the rights to the Re-Volt franchise in 2010 from Throwback Entertainment. WeGo would eventually release versions of the game for iOS and Android (now also delisted) but the GOG.com entry was unique.

WeGo’s PC version would turn out to be based on the work of fan modders Huki and Jigebren who were not informed about, consulted on, or paid for their work. In retaliation, the Re-Volt fan community brought the matter to the attention of GOG.com who announced the immediate suspension of sale in a forum post.

Although hopes appeared high that WeGo would promptly make the necessary changes it was not until eight years later that the game would return to GOG.com now published by H2 Interactive. According to a post on the GOG.com forums, the 2022 release reverted back to the original 1.0 version of the game, removing the content that WeGo had incorporated before.  The fan community at re-volt.io continues developing homemade content as well as an expansive fan patch, RVGL, that can be used with the GOG.com releases.

For years Toy-Volt had been producing games and toys for children all over the world. Within months of introducing their first products they shot to the top of their trade. However, it appears that the products have gained minds of their own. Escaping from the shelves that held them prisoners they have entered the real world, and are now creating chaos as they enjoy their new found freedom… the Toy-volt R/C cars have Re-Volted!

Re-Volt lets you guide one of 28 remote control cars through insane race tracks set in unusual environments. Since the cars are the size of real remote control vehicles, objects found around the track are bigger than life. Curbs become huge walls, toys are obstacles, and everything is fair game to drive on, through, or over. There are 13 different tracks spread throughout four Cups, including races set in museums, supermarkets, and settings which may look like your own neighborhood.

Thanks to DotsSalchow for submitting this game to the site