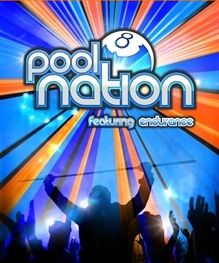 Pool Nation was delisted from Xbox 360 in December of 2015 according to reporting from TrueAchievements.com. Publisher Mastertronic fell afoul of a bad investment deal in February of 2015 and would file for bankruptcy Administration in November of the same year. By December their published Xbox 360 titles would be removed from digital release.

In most cases the original developer or another publisher would bring these titles back to sale but Pool Nation was not one of them. Cherry Pop Games instead focused on the Steam and PlayStation 4 updates of Pool Nation and let Pool Nation FX represent the franchise on Xbox One.

“Pool Nation is the ultimate pool game – with eleven addictive game modes, including the adrenaline pumping Endurance, extensive career modes and seven exciting online modes including the new Speed Pool! With Pool Nation, gameplay is king! Online or offline, the ease of control gives you the ability to pull off shots you wouldn’t dream of in the real world. The balls behave exactly as they should use the table surround to create the most unbelievable trick shots and view them back in slow mo – even upload them to YouTube!

The graphics are as shiny and pixel-perfect as the physics, with beautiful locations, stunning exterior landscapes, eye-catching interiors, the ability to change the time of day, and customize your games with a huge array of balls, cues and table decals creating your ideal pool playing environment. Every detail has been considered and polished, from the super-detailed table baize and deforming cushions, to the explosions of chalk dust from the cue tip.“