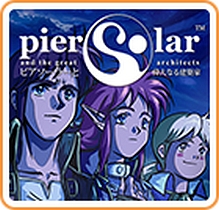 Pier Solar and the Great Architects was delisted from Nintendo Wii U some time after April 18th, 2018. This is the last date that Archive.org captures show that the game’s page was publicly available, although all purchase links were removed from the page earlier, around August 12th, 2017.

The game remains available on all other digital platforms where it was released and WaterMelon has made no public statement about its removal. The reason is unknown but may be related to WaterMelon’s standing as an active, licensed Nintendo developer or publisher.

“Pier Solar is an RPG that tells the story of Hoston, a young botanist who is on a quest to save his father from a mysterious illness. Along with his two best friends Alina and Edessot, the three friends embark on a quest seeking a rare herb to cure the illness of Hoston’s father. Little do they know, it is the beginning of a winding journey that unravels his father’s past and the mystery of Pier Solar and the Great Architects.“