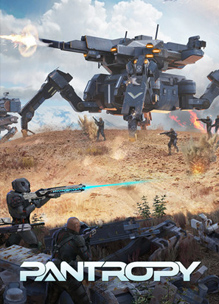 Pantropy launched in Early Access on Steam in January of 2019 after a small but successful Kickstarter campaign the year before. Updates on the game’s progress appeared intermittently but as early as 2019 there were reportedly announcements on the game’s Discord server about trouble funding the project. The team then posted the following announcement to Steam on January 31st:

Today we come to you with a rather sad but unfortunately inevitable message. The company behind our game is out of money and we cannot afford to upkeep the running costs. Sales have been miserable across the last 2 years and Pantropy was making low 3-digit numbers per month, which is not enough to pay any of the running costs.

We have been at this point before and decided to put more of our own money into the company and try to save the game but that didn´t go well and we ended up burning even more money. We want to thank everyone who believed in us during this time and gave us support and say sorry that things didn´t go to plan. We really wanted this to be a good game.

Ultimately, we have decided to remove Pantropy from Steam. We don´t want new buyers to be frustrated by a game that will not be developed any further. Also our company will shut down and will be liquidated.

Thanks for reading this! Stay safe!

Pantropy is a science-fiction based multiplayer game for players who want to make their own story. You’ll need to band together to thrive in this lush and dangerous world. Luckily, there are factions just waiting to welcome you into their ranks. Are you going to grind resources and craft a powerful mech? Or maybe you’d prefer to set up a mining station to do the hard work for you and hunt down enemy factions instead.

Players spawn on the outer regions of the island and must travel deep into enemy territory in order to get the greatest loot and highest value ores. In the centre of the map, mobs are powerful and won’t hesitate to pick off lone travelers as battles rage across the landscape. With multiple biomes to conquer, a vast range of weaponry, and highly customisable bases, Pantropy is not for the soft-hearted. Whether you build your base above or below ground, enemy factions will come for you.

Pantropy transports players to an alien world rich with natural resources and dangerous lifeforms. Skilled-based FPS gameplay means that you’ll need to react quickly to enemy attacks. Get ahead with advanced building mechanics and a sophisticated resource collection system but remember this: only the strongest will survive.

Players must scavenge for resources to craft tools, weapons, armor, vehicles, and buildings to protect themselves from the vicious alien fauna. Quests and crafting mechanics encourage players to brave the dangers of Pantropy to the gain experience needed to create powerful items. Crafted gear and implants will enhance players’ abilities but teamwork will reign king. Get ahead of the competition and ride with your buddies in multi-crew aircraft and mechs. Players are rewarded for their base-building abilities because when they’re logged out their structures cannot be raided. However, these buildings will start to decay if they’re not visited again soon.

Group with friends to explore the environment and discover a world which bites back. Cooperation means increased odds of survival and the chance to acquire highly sought after resources. On a larger scale, players ally with factions and join wars for land and ores. Pantropy has no micro-transactions or in-game purchases. It returns to the roots of online gaming where players earn rewards through skill and determination, not dollars. The alpha phase of Pantropy runs on a dedicated server hosting up to 64 players on a ~50km² map. Future releases will support higher populated servers, larger battles, and more powerful discoveries.