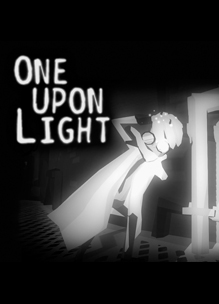 The Singapore University of Technology and Design (SUTD) Game Lab announced on February 22nd, 2018 that One Upon Light would be removed from sale on all platforms a few days later on February 28th. The delisting was likely due to SUTD Game Lab ceasing operations as an active developer and publisher. It’s also possible that publishing arrangements with Rising Star Games expired, although they are not credited on the game in all regions. SUTD’s Facebook announcement follows:

Hey there! We have some sad news today. We’re sorry to announce that One Upon Light will be retired from all stores by the 28th of February. If you haven’t yet gotten the game, it’ll still be available on Steam, Humble Bundle and Playstation Network until the closing date. If you currently own the game on any platform, don’t worry, it will still be yours to keep and enjoy (maybe store it in a dark place to be safe).

The Scientist had a good run (from the light). To all our fans and supporters over the years, we’re really thankful for your support. One Upon Light couldn’t be completed without you, and we hope you can meet the Scientist again someday!

For progress, for humanity… for science! Responsible for many of mankind’s greatest achievements, science has done many wonderful things. But experiments to harness the power of shadow? If it sounds dangerous, that’s probably because it is. Especially if something goes wrong and harmless light becomes the deadliest thing imaginable…

Set in a world where the rules of light and shadow no longer apply, One Upon Light sees you exploring the ruined remains of the Aurora Science’s labs in search of answers. What happened here? Who are you? And, most importantly, will things ever be the same again? The answers are there to find but whatever you do, don’t go into the light…

Thanks to Tiawyn for submitting this game to the site