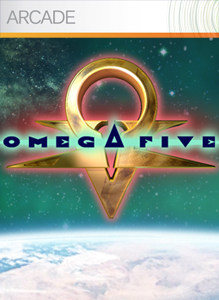 Omega Five was last confirmed available on Xbox 360 on January 21st, 2019. This is the last date that Archive.org captures show that the game was available to buy. The cause for the delisting is uncertain but it may be related to Konami’s acquisition of Hudson in 2012. Also unexplained is the game’s relisting which happened no later than May 5th, 2022 when its return was pointed out to the site. However, only the backward compatible release for Xbox One and Xbox Series X|S has returned; the game remains unavailable on the original Xbox 360.

A port of Omega Five to the Nintendo 3DS was planned for 2011 but was ultimately abandoned after Hudson was acquired by Konami.

“The baddest guys around have been gathered together in order to save the beautiful planet from the clutches of invaders! Take control of characters such as a pirate, alien, or samurai and unleash aggressive action against the invading mechanical life forms using the most awesome weapons in the galaxy! Team up with another player in multiplayer for co-op action or go solo in single player and shoot for the high score with Omega Five’s intense scoring system!“