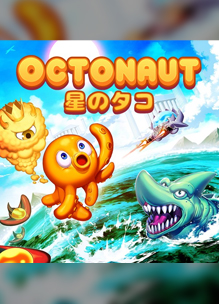 Octonaut was delisted from PlayStation 4 in North America no later than June 25th, 2020. It is unclear if the game was released in other territories before being removed. On Steam the game’s name was changed on June 26th, 2020. The game was finally released across most regions in September of 2020 as Takotan (aka Takotan – 星のタコ).

The game’s change in title from Octonaut to Takotan clearly suggests that the name was too similar to the long-running British children’s TV series, The Octonauts, which itself is based on the books by Vicki Wong and Michael C. Murphy. British production studio Silvergate Media currently holds the trademark on the name ‘Octonauts’ in use across several forms of media including video games.

Octonaut appears to have gone unnoticed on Steam where it had been available since May of 2019. However, once EastAsiaSoft came on board to publish the title on consoles the naming similarities were presumably noticed by Silvergate or another copyright holder. EastAsiaSoft issued a press release the week before Octonaut’s planned debut in June and were clearly not aware of the potential infringement. When contacted on Twitter the publisher replied only that the “release had to be delayed”.

Octonaut was available briefly on PlayStation 4 in some regions but its release on Nintendo Switch and Xbox One was delayed until September of 2020 when it launched as Takotan.

The world has been taken over by an alien invasion. On the eve of destruction, humanity calls out for help! Octonaut is a retro shoot’em up inspired by 16-bit classics. Save the world from alien invasion by shooting and dodging your way through 8 action-packed levels with sinister bosses! Collect a variety of power-ups including lasers, bowling balls and ninja stars to take down enemies and defend the planet.