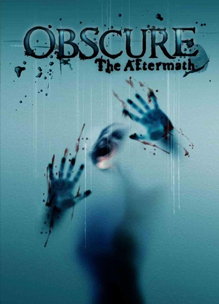 Obscure: The Aftermath was likely delisted on PlayStation Portable between May of 2015 and February of 2016. The latest confirmation of its availability comes from a NeoGAF forum post in late April of 2015 and the earliest mention we found of its delisting was a GameFAQs forum post in early March of 2016.

The cause for the delisting is uncertain but could be related to publisher licensing between Ignition Entertainment who is credited for the digital releases and Playlogic, the retail publisher of the Obscure franchise. Developer Hydravision Entertainment previously ceased operating in 2012. As of this writing the game and its predecessor remain available on Steam where they are published by Mighty Rocket Studio.

Obscure The Aftermath is a classic survival-horror with wonderfully executed, atmospheric and eerie 3D environments. With outstanding combat and dynamic gameplay, players will control one of six characters in this teen-slasher monster fest. In a desperate bid to survive the horror, players can double up with co-op mode in their frantic battle to escape the nightmare. It’s a constant struggle to stay alive in a world where you’re outnumbered and outgunned.

Thanks to Sitsero96 for submitting this game to the site