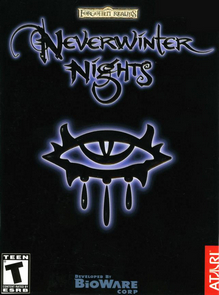 Neverwinter Nights 2: Platinum was delisted from Steam between May and June of 2012 according to Archive.org captures. A SteamGames.com forum thread from the period where members were compiling a list of delisted titles corroborates the removal.

The cause is most likely tied to Atari’s legal issues with Hasbro who owns the Dungeons & Dragons property on which the Neverwinter Nights series is based. Hasbro likely revoked or refused to renew Atari’s license to the property and it was subsequently removed from sale. As of 2020 the game remains on sale through GOG.com where it is directly published by Hasbro.

Everything you do has a meaning

Cursed by Death, Driven by Destiny

As a new era dawns over Faerûn, the jungles of Chult reveal their hidden menace.