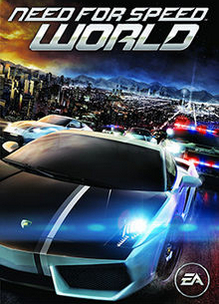 Thanks to the fan projects like Night Riderz it is possible to play Need for Speed World through private servers.

“Black Box announced that Need for Speed World, the massively multiplayer online action racing game, is available for digital download on July 27 for the PC. Need for Speed World combines the rush of illicit street racing, deep RPG style progression and vehicle customization into an immersive, socially-connected Need for Speed experience. Players can compete against any one of their friends, family or pick from thousands of top ranked players to challenge in intense online battles and police pursuits across 150 miles of sprawling open world.

Players can pre-order the Need for Speed World Starter Pack* today to gain early access to the game on July 20. Gamers will also unlock exclusive cars, earn double XP, reserve their driver names and have VIP status permanently displayed in their driver profile before the game officially launches.“