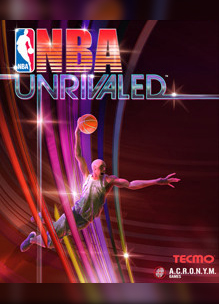 NBA Unrivaled was last confirmed available on Xbox 360 on September 2, 2011. The earliest confirmation of its removal is a GameFAQs board post on January 18th, 2012, stating that the PlayStation 3 version was no longer available. The Xbox 360 version was likely delisted around the same time.

NBA Unrivaled was delisted due to the expiration of Tecmo’s NBA license, with the dissolution of Tecmo on April 1, 2010 likely requiring the game to be updated. Given its negative response and the developer’s pivot to mobile and kid-friendly titles, Tecmo Koei may have chosen not to renew the game’s publishing rights.

Paying homage to the old school look and feel of the arcade classics, NBA UNRIVALED™ brings back all of the intensity and pulse pounding action—AMPLIFIED!

Thanks to Wakayama_PT for the updated info on this one