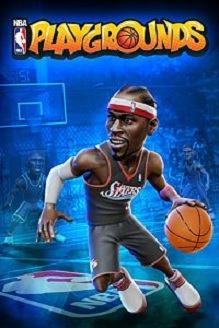 NBA Playgrounds was delisted from Xbox One in the month of September 2018 according to TrueAchievements.com and from Steam on October 5th, 2018 when its price was reduced to $0.00. It was presumably delisted on PlayStation 4 between these dates as well.

Saber Interactive announced on July 24th, 2018 that 2K Games had become the publisher of the already-announced sequel, NBA Playgrounds 2. Mad Dog Games, the original publisher, was replaced and the game was rebranded as NBA 2K Playgrounds 2. The change in publisher was likely a factor in NBA Playgrounds’ delisting on Steam, Xbox, and PlayStation platforms.

The story is a bit more complicated in regards to the Nintendo Switch release. Months after launch,  online play, free content updates, and paid DLC were still missing from the Switch version as NIntendo’s patch and update limitations proved to be hard for Saber Interactive to work within.

After delaying title updates for months the team posted to the game’s Facebook page on October 30th, 2017 (now deleted) about a “radical solution”, adding that “a new version of NBA Playgrounds on the Switch is heading to certification within a week”. That solution was NBA Playgrounds – Enhanced Edition, a totally individual new release of the game, built more specifically for the Switch hardware, with all of the previously released content included.

The Enhanced Edition completely replaced the original version of the game, rendering it extinct in that form. The only players able to access the original game are those who had purchased it before the Enhanced release and specifically chose not to upgrade to the newer version. Saber Interactive allowed for this situation but informed players that they would not be able to play online with owners of the Enhanced Edition.

After announcing the publishing deal for the sequel in July of 2018, 2K Sports became the publisher of the Enhanced Edition, currently the only iteration of the original game still available as of this writing.

Up Your Game!
Classic arcade action is back with NBA Playgrounds!  Compete in high-flying 2-on-2 basketball games featuring today’s NBA Superstars and Legends from the past including Allen Iverson, LeBron James, Steph Curry, and Shaquille O’neal.

NBA Playgrounds features a progression system to unlock over 200 NBA Superstar and Legends, and uncover new moves for each player as you upgrade their experience.

Tournaments and Online Play
Play in tournament challenges from around the globe in single-player gameplay. Or take your game to the next level by challenging the best players online!

Lottery Pick System
The  lottery pick system introduces a new twist to the game by rewarding great play with unique rewards. It’s going to be raining 3 pointers and dunks!

Thanks to Carbon_Lancer for submitting this information to the site.