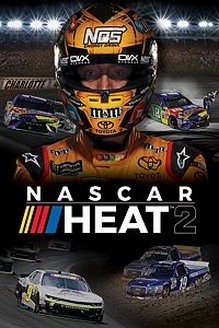 NASCAR Heat 2 was relisted on Steam on December 13th, 2019. The game’s return was not addressed by developer Monster Games or publisher 704Games but was likely due to some form of licensing renewal. The PlayStation 4 and Xbox One versions of the game remain delisted as of June 2021.

NASCAR Heat 2 was delisted from Steam on March 8th, 2019 when its price was set to $0.00 making it unavailable to purchase. It was likely delisted from PlayStation 4 and Xbox One around this time. The delisting was most likely due to expired licensing from the NASCAR company.

3 National NASCAR Series – The NASCAR Camping World Truck Series™ and NASCAR XFINITY Series™ are playable for the first time in nearly a decade. Add in the Monster Energy NASCAR Cup Series™ and players have over 100 drivers to choose from.