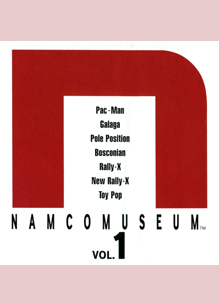 The five Namco Museum titles released on the PlayStation 3 as PSone Classics were delisted in North American territories between May and June of 2021. Their disappearance was first pointed out to the site on June 19th but unconfirmed reports say they began to disappear as early as mid-May.

The cause for the delistings is uncertain and as with many Bandai NAMCO releases, some regions remain unaffected. As of June 2022 all five Namco Museum titles as well as several other compilations remain available on PlayStation 3 and PSP in Japan and Hong Kong.

Coming just weeks after Sony’s original announcement that the PlayStation Store would be shut down for older consoles, some theorize that the delistings were among a “fire sale” by publishers seeking to shore up their rosters of old releases. However, this doesn’t explain why the titles have remained available in Asian territories, nor does it take into account that the games disappeared after Sony reversed their decision to shut down the store.

As is the case with many of Bandai NAMCO’s delistings our best guess remains that it is related to changes in corporate structure over the years and across regions. The split between the American and Japanese divisions may also explain why these titles were not delisted in Asian territories.

From Wikipedia: Six Namco Museum volumes were released for the PlayStation from 1995 to 1998, including one (Namco Museum Encore) that was released only in Japan. The first five volumes pose a 3D virtual museum that players are able to walk around in, with each game being stored in an “exhibit” room. In these museums, players can view conceptual artwork, marketing material, arcade system boards, and other material relating to the included games.

The means by which Namco recreated the games for the PlayStation hardware is unclear; the arcade game conversions contain pieces of the original game data but none of the original source code, suggesting they are object-level recreations.

Below is a table that breaks down the individual titles featured in each volume of Namco Museum, including the Japan-exclusive Encore release.